Cresting a Colorado Rocky Mountain Peak at 14,000 feet above sea level, Kilian Jornet, the Spaniard considered to be the world’s greatest ultra runner glances back at the oncoming snowstorm that’s chasing him in mid-July. He finds the path off the peak and begins his descent.

Leading a pack of more than 150 runners, Jornet holds the records in the Hardrock Hundred Mile Endurance race – around 23 hours – in one of the most difficult foot races in the world.

“It truly is the challenge of a lifetime,” said race director Dale Garland. “There’s 33,000 feet of climbing and 33,000 feet of descent. That would be like running from sea level to the top of Mount Everest, and back.”

The 100-mile course changes directions every year, and takes runners through a relentless journey in the San Juan Mountains of southwestern Colorado, some of the most rugged and jagged mountains in the world. The course is a tribute to the miners and their families who endured the demanding environment more than a century ago.

Canada’s Adam Campbell, a veteran Hardrocker famous for surviving a lightning strike in 2014, said the grueling course is part of the allure.

“One hundred thousand highs and lows today,” he said after his 2015 3rd place finish. “That’s why you do the sport.”

That year, Campbell wore a temporary tattoo of the course elevation profile on his arm to track his progress.

For many of the participants, the high elevation, the constant physical strain and the lack of rest take their toll. These athletes dig deep to continue on.

“My stomach was shot, my legs were gone. I was trying to use every trick in the book to pull myself out of it,” Campbell said.

Jornet, who has shattered times in both directions – the course switches direction each year – said the ups and down a of mountain running match the mood.

The elite runners finish the course in less than 30 hours. The real heroes are out there for two days straight, suffering, falling, struggling to move on and make the 48-hour cutoff window, some by mere seconds.

“This is a pretty spectacular group of people,” Garland said. 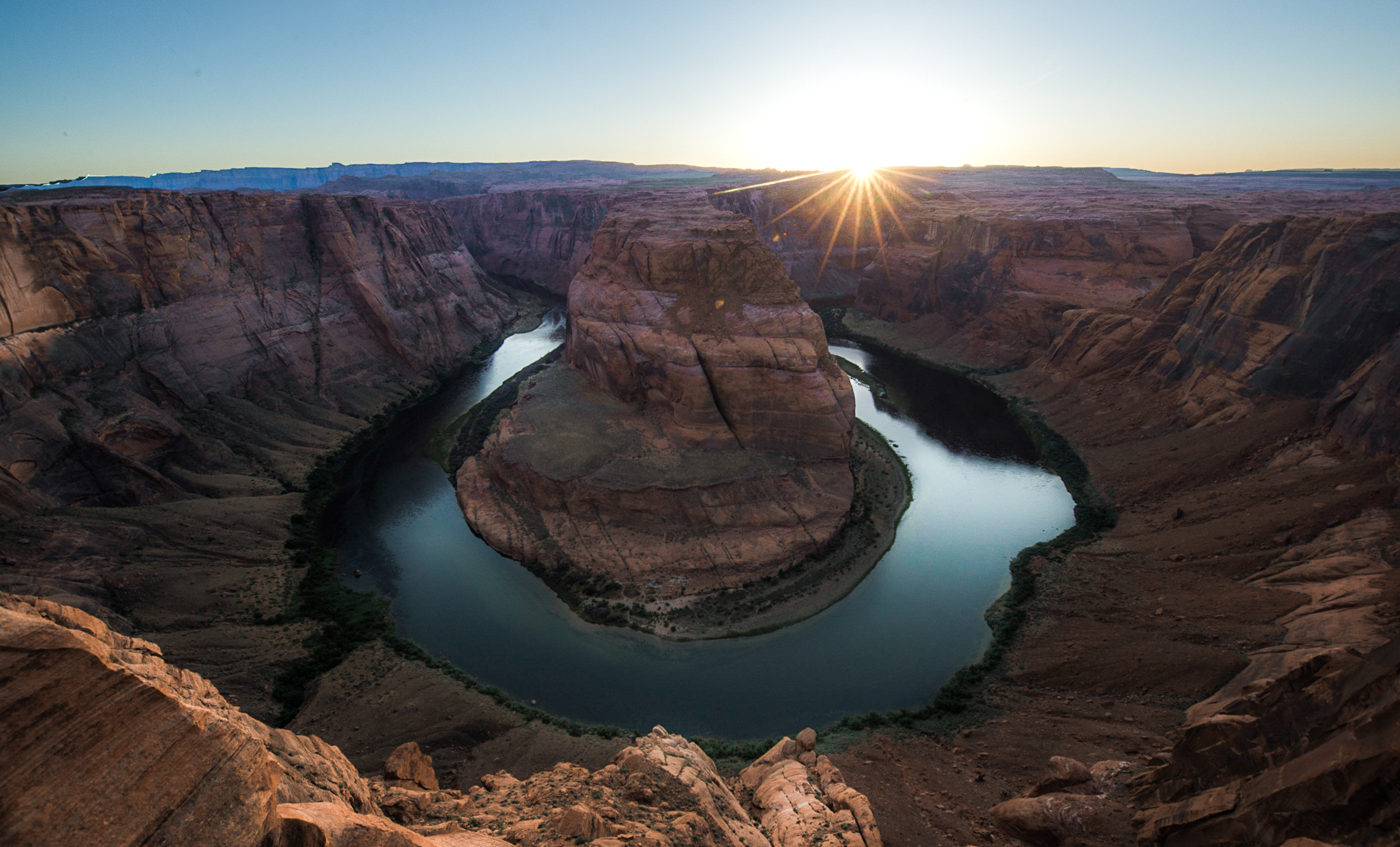 Behind the Lens: Horseshoe Bend and Hardrock 100