On a crisp January day, Kristi Haner and Alex Tibiero spend the morning studying for their Avalanche Level 2 course. The couple backcountry ski on most days throughout the winter. The advanced course will help them better understand the intricacies of Colorado’s fickle snowpack.

Their cabin is homey and welcoming. Buddhist prayer flags hang above the porch; the couple hangs a new set each winter. Inside, the wood-burning stove roars while ski boots dry by the fire. Dry goods line the kitchen shelves, and topo maps adorn the walls. The south facing windows bring tremendous light into the small room that is warmly decorated with plants. A freshly baked loaf of no-knead bread sits on the counter.

“Visitors are usually surprised to see how cozy the cabin is,” Tibiero laughs. “People think we are roughing it more than we are.”

Haner and Tibiero have found what many of us are searching for: solitude and time.

Haner and Tibiero both grew up in Upstate New York. As kids, they met at a summer camp. They lost touch for a while, but reunited when they became climbing partners, which is when they also started dating.

In 2015 while living in Boulder, Colorado, Haner and Tibiero were perusing Craigslist. They stumbled upon an ad seeking caretakers in the remote town of Gothic, Colorado, eight miles from Crested Butte. The ad stated it was a last-minute gig, and a couple was preferred.

They wanted to get out of the city and move further West, so they responded to the ad and were hired as winter caretakers in Gothic where the winter population totals four residents. They had never been to Crested Butte or the surrounding area, but they were excited about the unknown. They packed their bags in the fall and committed to an isolated winter where the only option out is by a three-mile ski.

“We arrived in the fall and didn’t know what to expect, but we were ready for anything,”  Haner said.

Before their life as caretakers and jewelry makers, Haner worked as a data analyst for a mapmaking company, and Tibiero spent over a decade living out of tents as an instructor for NOLS and Outward Bound while working as a stonemason between seasons.

The first winter was exciting, but they learned a few lessons; they ran out of food and wood. A few years ago their septic system failed, forcing them to use the outhouse for three months. By Spring,  they are usually over it — tired of putting on ski boots just to step outside. And then there’s shoveling. The constant shoveling to keep snow from covering their windows gets old, but that’s part of life in Gothic, and they accept it.

Yet, they admit that caretaking isn’t too challenging; it’s mostly fun, and having each other helps, too.

During their first season, they managed the reservations and maintenance of the huts along with the local weather station. They kept rooftop solar panels clear and made sure the doors of 70 buildings around the property weren’t blown in. This winter will mark their sixth season caretaking in Gothic. They drive in supplies Oct. 1 and remain until June 1 — or until the snow melts.

Over five seasons, their responsibilities have evolved. In addition to caretaking RMBL’s property, they dig snowpits for snow science research for Colorado Avalanche Information Center and NASA.

SKIING AS A WAY OF LIFE

Skiing is one of the main attractions of the caretaking gig. Tibiero skis every day, while Haner skis most days.

“You definitely have to want to ski every day,” Haner said.

Avalanches have been a regular occurrence, some years more than others. Last spring, during historic snowstorms, avalanches released from above and slid into the cabin. The couple admits it was scary.

There are times when Tibiero skis alone on low angled slopes; five years of living and skiing every day has left him feeling comfortable in some locations. Maybe too comfortable. He admits he’s had some chilling experiences.

This past winter on a high danger day, he skied a low-angled familiar slope down to the road. As he skied out, he looked back to see two avalanches running across the road. The image of his ski tracks buried in the pile of debris made him feel sick.

“I shouldn’t have been there,” he recalled. “I almost threw up.”

It was the first time he’d witnessed slides of that scale cross the road; an occurrence that hadn’t been repeated since 1976. He was hard on himself in the following weeks while he questioned his decision making. Now, he no longer skis on high danger days.

During the first winter, they knew they had to keep themselves busy: caretaking duties only averaged four hours a week.

They attempted a few new hobbies: knitting, watercolor painting and sewing. But, nothing seemed to stick. Haner knitted a hat and didn’t feel compelled to knit a second. Tibiero didn’t find much interest in any of the hobbies.

“I had a really bad attention span,” he said laughing.

Haner wasn’t giving up, though. She used her tax return to buy silversmithing tools. They learned to make jewelry by trial and error and YouTube videos.

Now, they are a silversmithing couple. They created their company, Gothic Mountain Jewelers, inspired by the 12,000-foot peak that towers over the valley. Their silver jewelry is a throwback to the area’s heyday of silver mining at the end of the 19th century.

They sell their pieces on Etsy, Instagram and at local farmer’s markets during the summer when they live on their property in Pitkin.

After searching for several years, they found Pitkin to be the most affordable property in Colorado. Then, they made plans to build.

They spent this past summer constructing a 576-square foot tiny home they designed with the help of friends and family. It boasts high ceilings and an 18-foot wall.

“We learned what we wanted our house to be like living in Gothic,” Tibiero said.

On October 1, Haner and Tibiero packed up and drove back to Gothic for their sixth season. After a rigorous summer building, Haner said she was ready to slow down and settle back into cabin life.

STEPHANIE MALTARICH is a writer and audio producer who loves stories about humans doing interesting things in the wild. She lives off a country road in Gunnison, Colorado. When she’s not glued to her computer, you’ll find her searching for less-traveled trails in the Elk Mountains by foot, bike or ski. 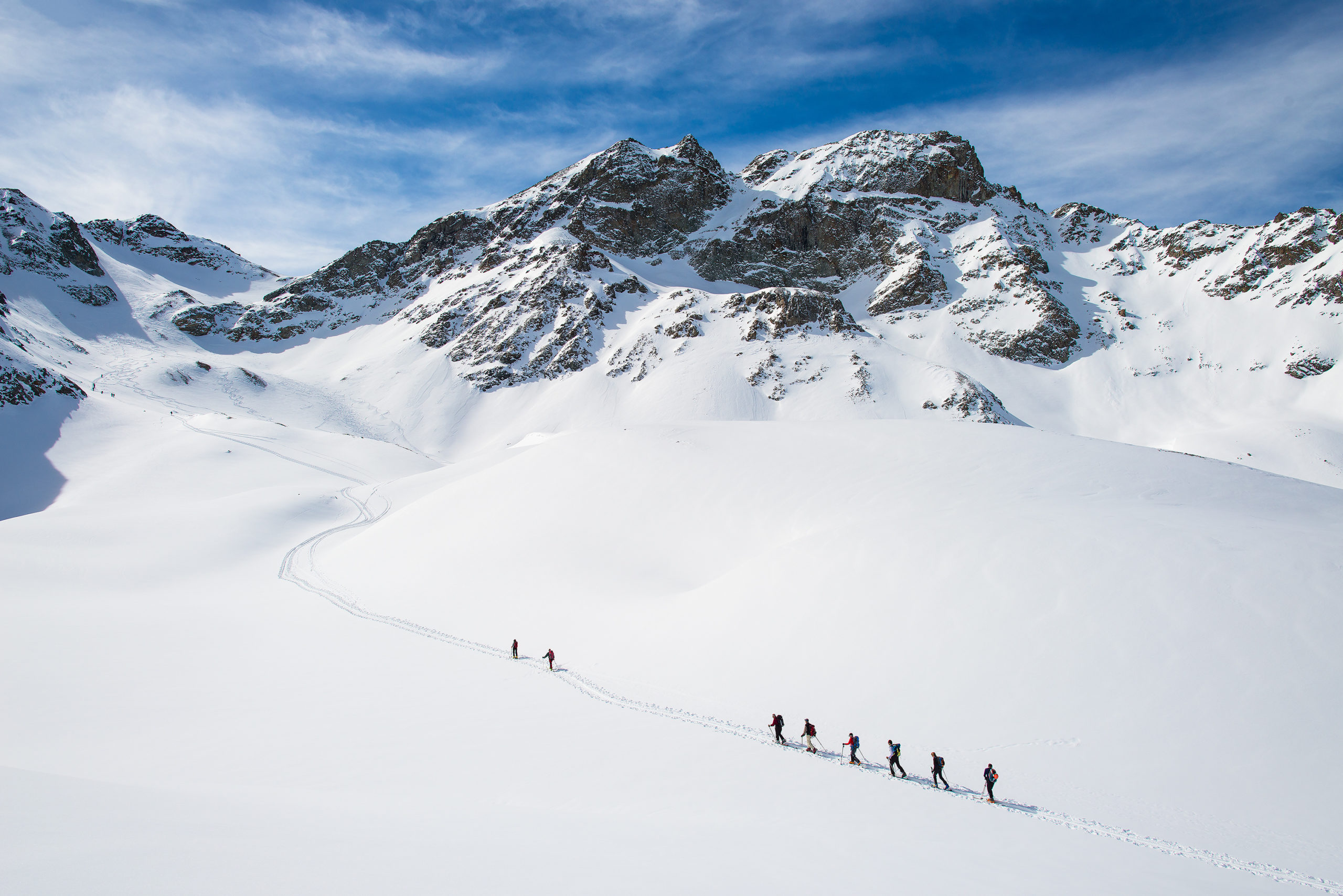 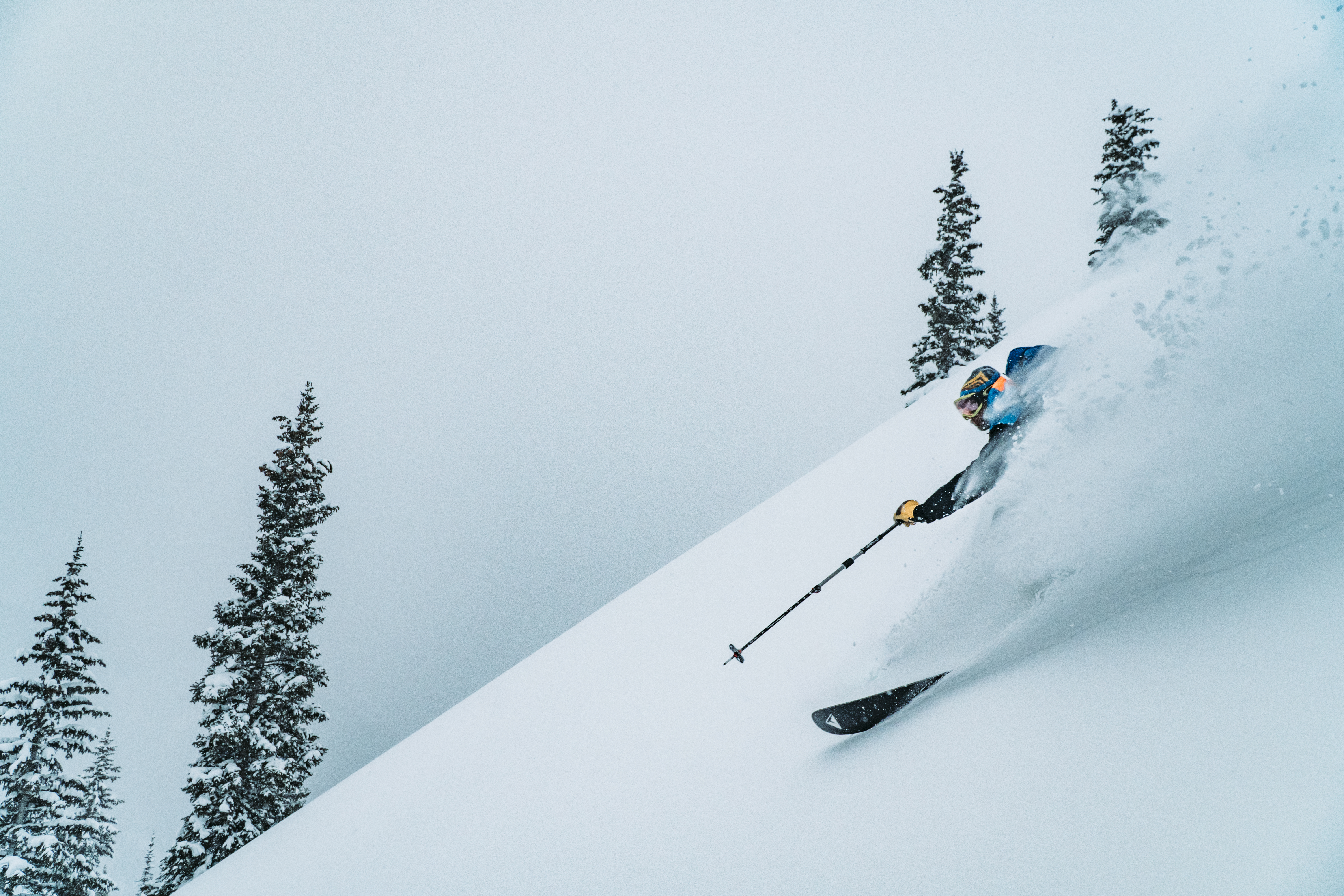