If you’re a mountain biker, do yourself a favor: Go to Moab.

For decades, Moab’s Slickrock Trail has been calling riders, and even if you’ve been there and done that, it might be time to hit it again. Waves of sandstone frozen in endless geologic time, lithic dunes fading into the horizon that beg to be surfed and hills so steep you’ll be astounded you cleaned them, up or down.

“We get people from all over the world,” says Aaron Lindberg of Poison Spider Bicycles, a famous 30-year cornerstone shop that is a hub of Moab cycling. Lindberg showed up in 2007, lured by tales of infinite rides. “When I was 15 working at a bike shop in Ohio, we had a Poison Spider poster I would look at, and I thought about coming to Moab.” Once he got here, he never looked back.

Lindberg said there is terrain for every kind of rider in the desert’s landscape. “I always tell people, any kind of bike you bring, you can ride it in Moab.”

We spent an afternoon and returned to where it all began. The trail, really a sequence of dashes painted around a petrified sand dune landscape, still stands proud as a test piece of biking skills, rolling around the sea of red, carving wall rides, slicing through rugged staircases and churning its way up hills. Having ridden there countless times, we didn’t want it to end. The scenic backdrop alone is enough to keep you there.

“The slick rock, you can do really cool stuff on it,” Lindberg said. “Huge wall rides, big half pipes. You can kind of look at it like a giant skate park.”

It is one big bike park. The shapes and features that abound lend themselves to creative bike handling and, amidst the staggering desert beauty, the slickrock pulls the best out of riders. The painted dashes, almost Zen-like on the rock, can make you feel like you’re wandering around in a life-sized painting, like your bike is your brush and the landscape a canvas.

Have at it. It just might be your masterpiece. 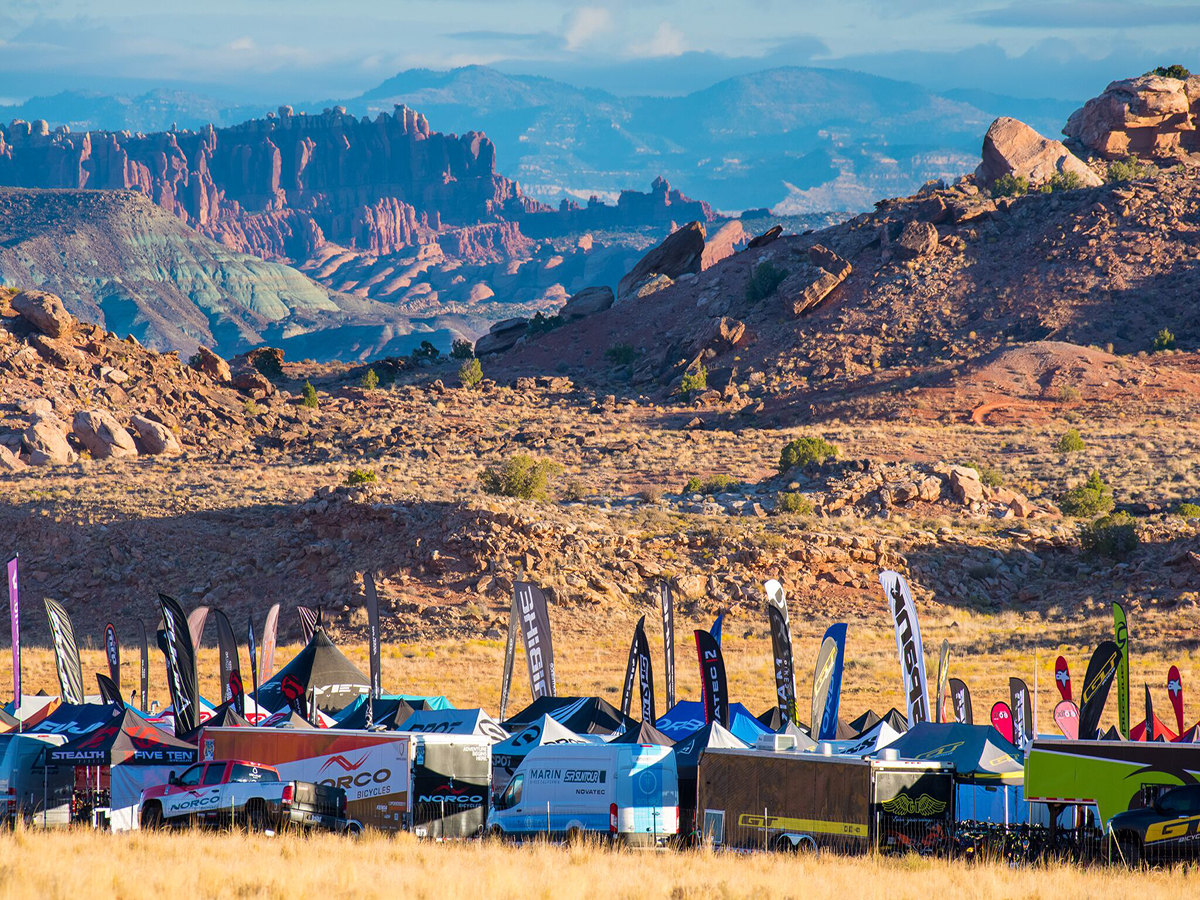 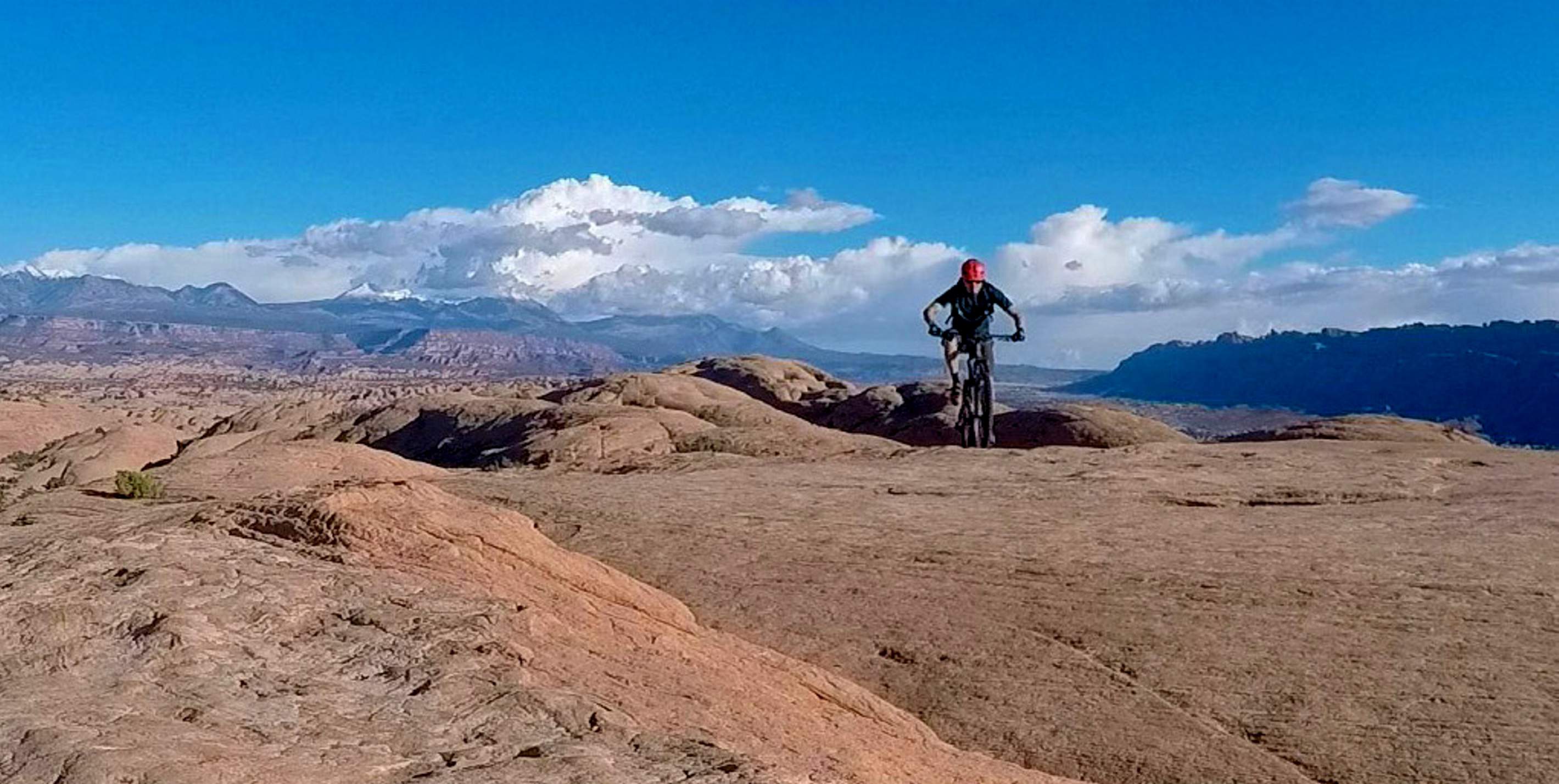 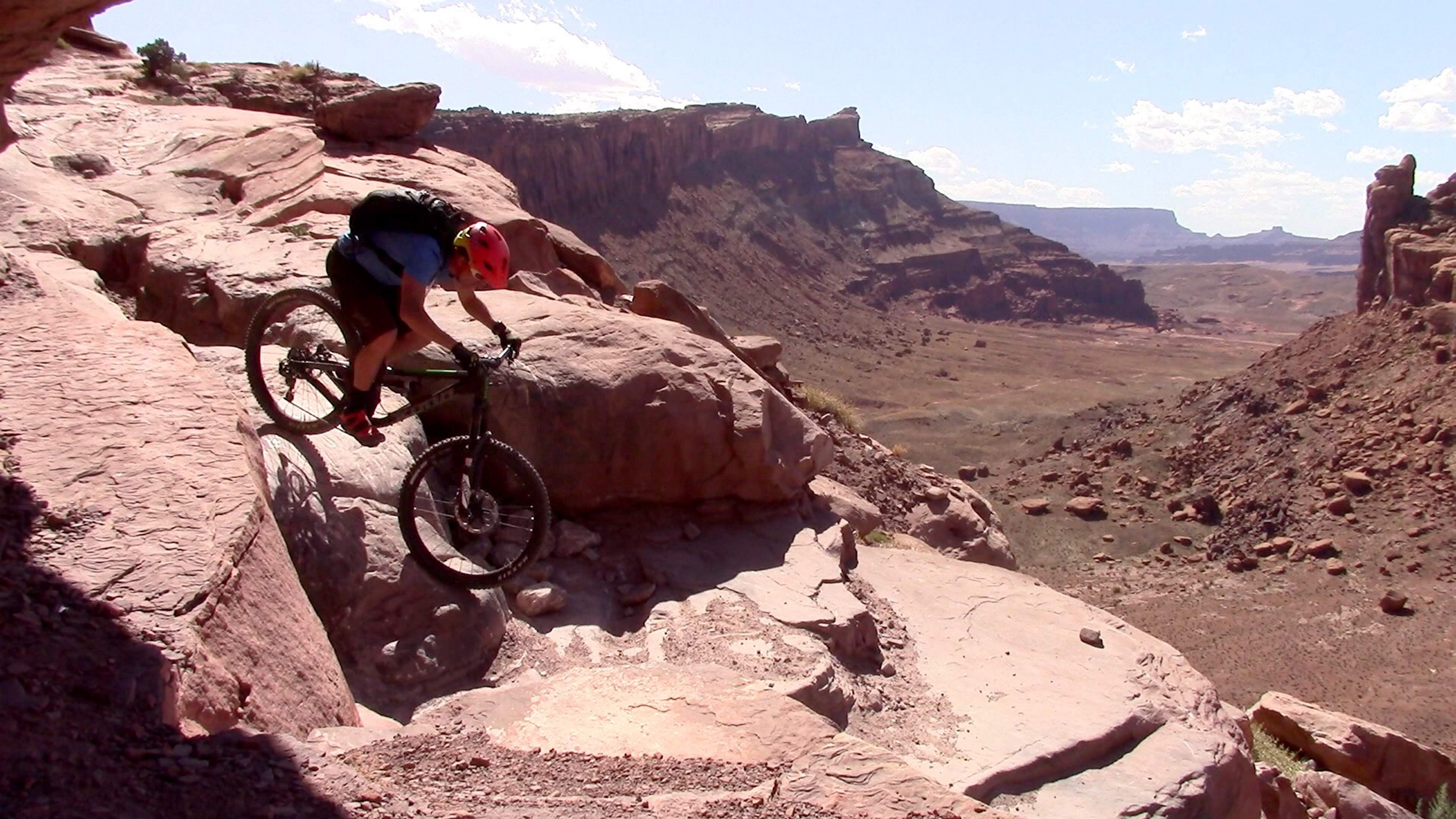 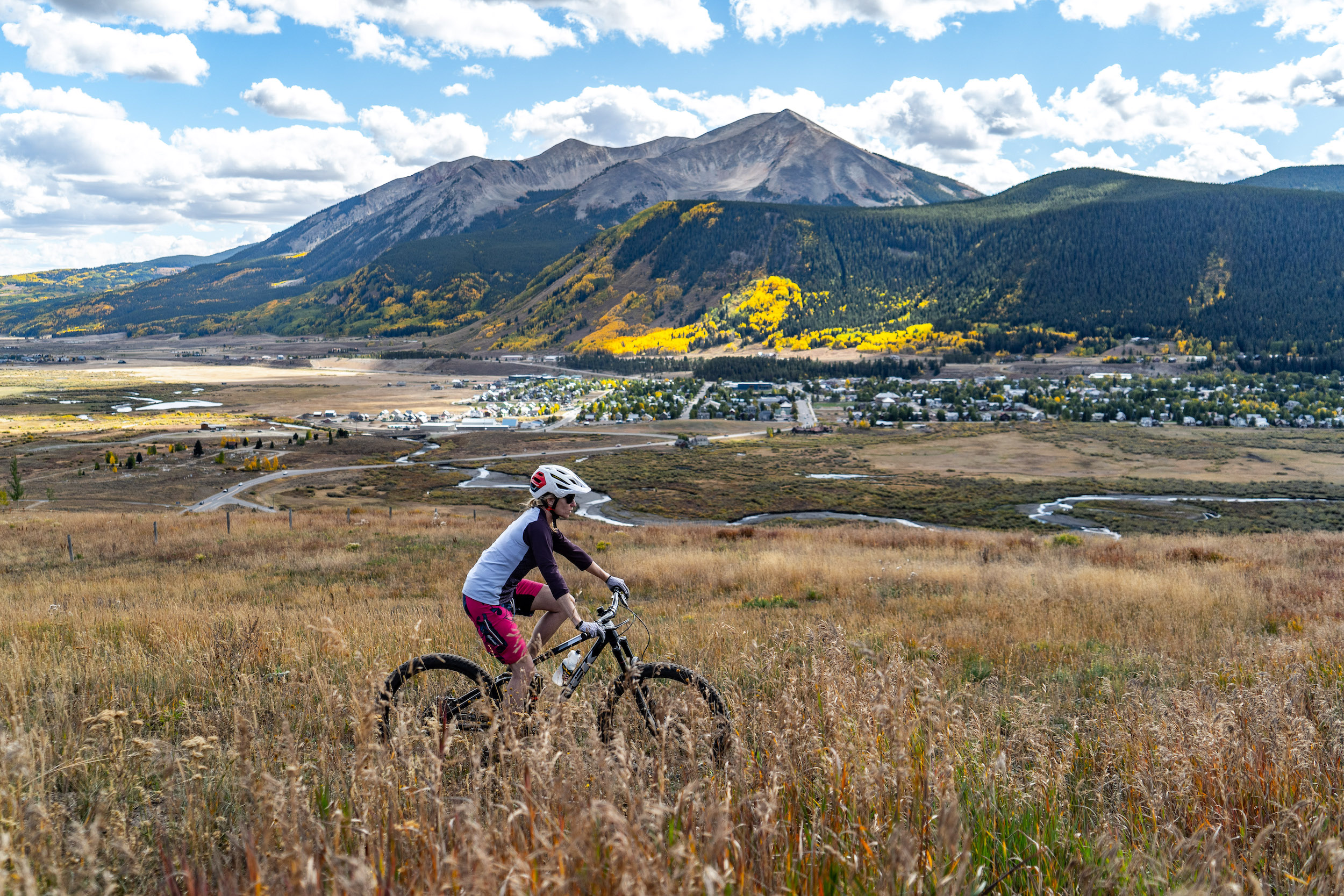