A few weeks before my first trip down the Colorado River through the Grand Canyon, I picked up a couple of books for our trip — including two river maps — one of which I would spend countless hours reading while floating through the canyon. The topography lines shifted and changed from one page to the next as the pages guided us down the 225-mile river section from Lees Ferry to Diamond Creek.

This guide provided information about the rapids and terrain ahead as well as historical, ecological and geological facts, including points of interest.

Those who have taken a private trip down the Grand Canyon might recognize the guide with its topographic map cover and bold blue lettering that reads, “Guide to the Colorado River in the Grand Canyon: Lees Ferry to South Cove.”

”I wanted to learn more about the work it takes to make such an in-depth guide to one of the world’s natural wonders, as experienced from the river. So I arranged to meet Tom Martin at his home in Flagstaff, Arizona, where we talked about the Grand Canyon over a cup of tea. Here is what he had to say with regard to the river map and guide.

Tell me a little about yourself and your involvement with the Grand Canyon.

In the late ’60s, we went in at Diamond Creek and boated out to Temple Bar. And then in ’71, I came in at Lees Ferry and went out to Diamond Creek. So, I was a couple of days into my 13th year by the time I completed that first run of Grand Canyon. And again, it was like an old friend — someone that you know and respect and can just really inspire you, and I’ve never looked back.

So these are fortunate events that happen in people’s lives where they can anchor into a resource somewhere, anywhere on the planet. We as a species will do this, and I’m just very fortunate that it happened to be the Grand Canyon.”

When did you start making river maps, and what sparked the cause?

Martin began by discussing the history of Grand Canyon maps, starting with the first Spanish maps of 1600 and following up with the Johnson map of 1860.

“And you’re like ‘Wow, is he going to go through every map? I just want to know about the river guide!’”

Martin explains that John Wesley Powell was using the Johnson map when he made his infamous trip down through Grand Canyon.

“So as river runners started to increase their presence on the river, the next big boost for them was the 1923 USGS Survey that made a profile and a plan of the river with contour lines. And after that, the age of exploration was over.

And so, what do you got? Well if you know how to read contour lines, you can use a piece of paper as a tool to look around where you are.”

Martin’s map-making partner, Duwain Whitis, came up with the river map concept to have the river go from the bottom of the page to the top. This makes it easier for the person reading the map to look downstream and have a better understanding on where they are.

Whitis’ early maps did not have any text, however. So Martin reached out to Whitis with his idea to include text into his maps, and the guide we know today was born.

One of the things we learned is if we can put a photograph in the map, and I’ve never been there but I can go, ‘Oh, that rock down there? Here it is!’ At least now I know I’m on the right page. And then if I can invest in the text a little bit, maybe I can figure out right where I am.”

What is the process for making your maps?

“What you do, is you need a real smart guy, and you need to do what they tell you to do. So Duwain is a smart guy and he loves maps and he’s a GIS wizard. So he’s able to take a 7.5-minute quad map and make it so the shadows are a little deeper — it almost looks 3D. Again, if I don’t know how to read a topographic map and you’re going to open up a page for me to look at the thing, how is that map going to work in my brain? There’s a cliff over there, the canyonside, there’s a rapid down there; how is that going to relate to the paper? So you need to pull that together.

Then you actually need to go out, and do a little research, and for us typically people are like, ‘Oh, you get to get on a boat and go rafting!’

No, we walk. I have cliffed out myself. I have been almost run over by cars because we’re walking. Rattlesnakes and ticks and all kinds of stuff.

To get a sense of how a river works, you want to walk it. And the reason you want to walk it is because you can stop and look around and count the rocks and see how the current works and figure out how rapids work. So onsite exploration on shore I think is a very big component to how river guides work.

You can’t go on and on paragraph after paragraph about a rapid. You’ve gotta synthesize it. I’m hoping that’s what you (find) in the river maps that Duwain and I do. It’s brief. It’s to the point. It gives you just enough data, just enough of what you need, and not more. Maybe it leaves you with a little hunger for a little more knowledge. But it got you through.

If I just run trip after trip after trip on the river, I’m like a horse wearing blinders. And all I see is river-right and river-left and everything in the middle, for a lot of the rivers that we deal with, we need to get out and go hiking. You need to figure out the resource that the river flows through. And that’s what can take a lifetime.”

What do you hope people take from your maps. What’s the value?

“That question is so important. Why do I think people should get in a boat, and journey through Grand Canyon, doing it themselves? What does ‘do it yourself’ recreation do for people?

It can empower you.

I think that ‘do it yourself’ recreation, whether it’s river running or ice climbing or horse riding or backpacking, these things help us to realize we can survive the day-to-day challenges that will face us for a lifetime.

That’s what I hope people get out of Grand Canyon. They’re not relying on somebody else. They’re part of a team — they feel like they’re a part of a team. A small group traveling in a big place where the elders teach the juniors and people work together in a place that talks to us in our DNA. That’s what’s important. That’s what I think I would like to have happen there.” 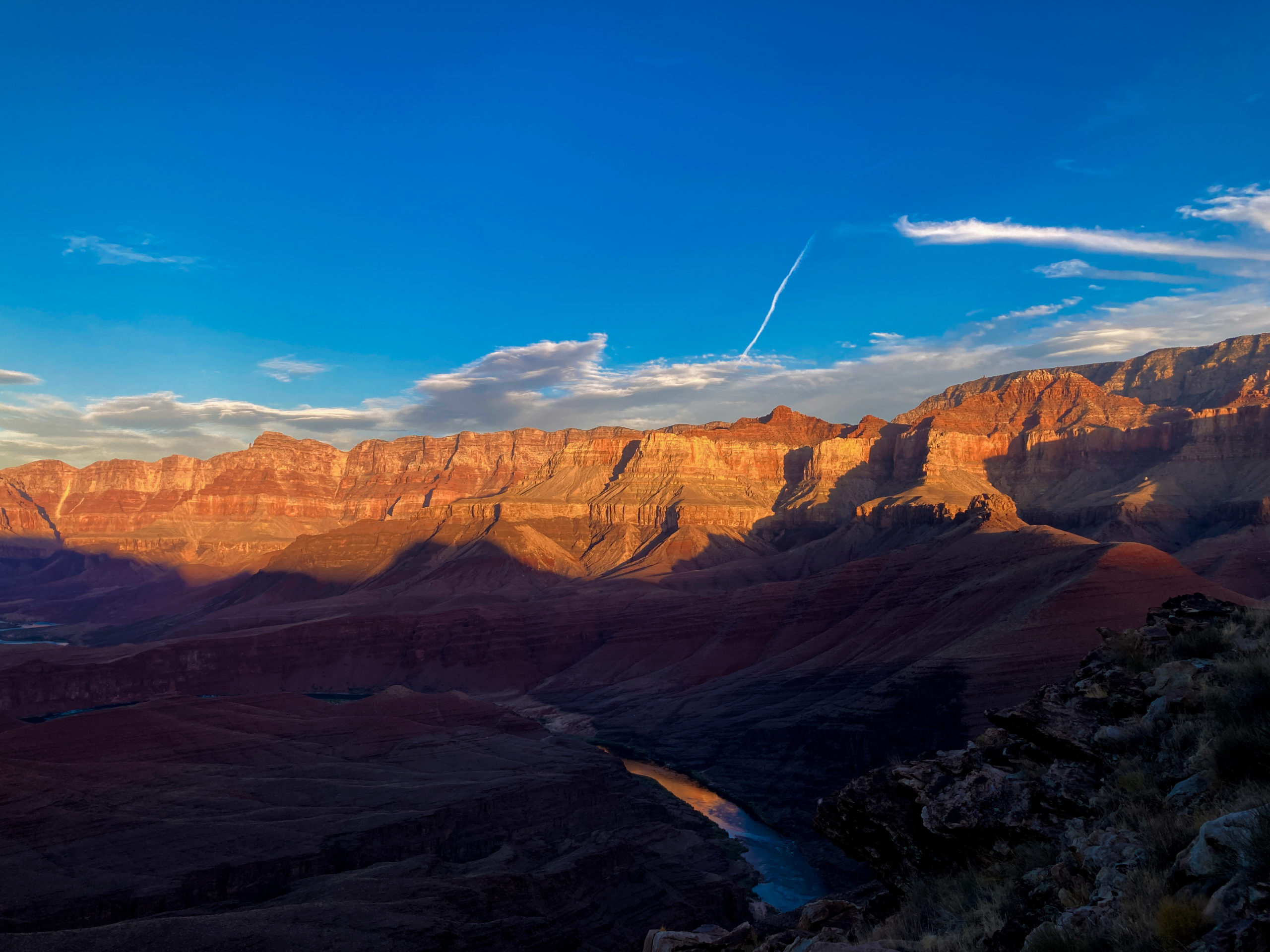 Afloat and Afoot in the Grand Canyon 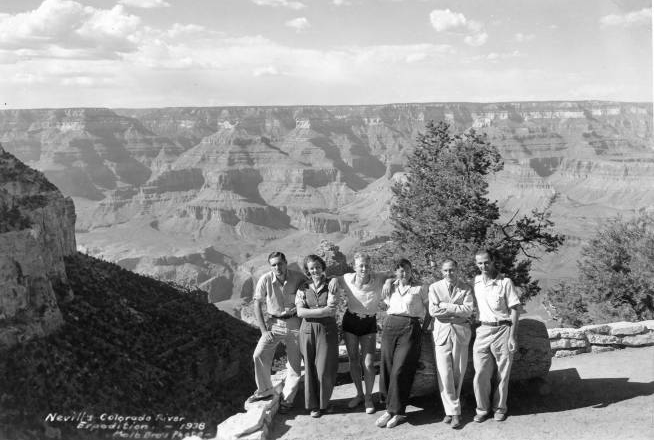 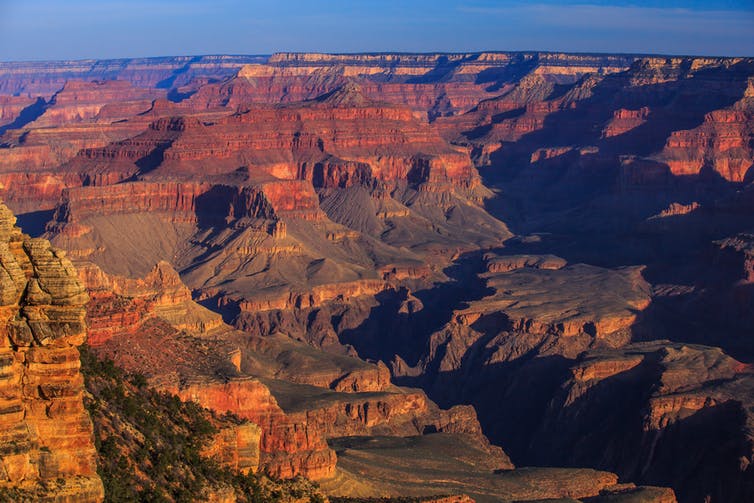