A lot happened this year. For many of us, we experienced a pandemic, civil unrest and dealt with the stress of an election year. Yet through the tough and troubling times were some amazing and unforgettable moments.

As we look back through our top 10 stories of 2020, we can’t help but smile at this reminder of the wonderful and inspiring region that we live in. Many of these stories were about particular places and their unique characteristics. Others were about our writers’ experiences and travels. And a few stories provided insight and a deeper analysis of the natural world we all love. While we had plenty of exciting stories this past year — including a stellar lineup of print stories — these 10 stories were the most read and viewed online.

1. Colorado’s West End: A Treasure of Isolation and Recreation

At the onset of the pandemic, when Moab locked its doors and closed shop, the desert rats were turned away. Some went home. Others traveled elsewhere. Lucas Johnson first noticed them in Paradox Valley, on routes that usually only attract a handful of climbers throughout the year. Deana Sheriff saw tents and campervans cropping up on the public lands near Naturita and Nucla. Trailheads were suddenly crowded by local standards: more than one or two cars.

By now, we know that pandemic recreation in rural areas was ill-advised, but for better or worse, it did introduce new outdoor enthusiasts to Colorado’s Canyon Country. And local advocates hope they’ll keep coming. Continue reading.

2. Silverton, Colorado: Your Shredquarters for the 2020 Season

Sometimes, the best ski towns are the hardest to reach. And sometimes, they are the smallest and most quaint of all. Silverton is that place.

Competing with popular Southwest winter ski destinations such as Telluride Ski Resort, Purgatory Resort and Wolf Creek Ski Area, Silverton is often overlooked. But this tiny mountain town offers some of the best skiing and snowboarding on this side of the San Juans. Whether you’re looking for a family-friendly ski hill or an epic backcountry shred session, Silverton’s got a little something for all ability levels. Continue reading.

3. How I Found my Adventurous Self — and Why I Envy American Women

Sleeping outside without a tent never appealed to me. There were thoughts deeply rooted in my thinking such as, “What if something sinister crawls inside my sleeping bag?”It’s ironic, because the first time I slept outdoors, I was less worried about creepy crawlies and more about being trodden on by a horse. Continue reading.

4. The Psychology of Bad Decision Making

We hiked into Havasu Canyon on an early mid-August morning under clear skies and a warm Arizona sun. The trail winds down several sets of switchbacks from the trailhead to the canyon floor. From there it is an easy eight miles to Supai Village, where the Havasupai Tribe has lived for over a thousand years. The village itself is in a remote section of the canyon, so much so that they still receive mail via a pony express-like mule train.

A short hike from the village takes you to the famous Havasupai Falls and the campground below. The campground itself is bisected by a stream that runs from the falls and snakes its way beyond and on down to the Colorado River. The entirety of the stream, even below the falls, is famous for its crystal clear turquoise waters. That day, though, the stream became cloudy in the late morning shortly after we established our camp on the far side of the stream. Continue reading.

Boasting the only traffic light in Ouray County, Ridgway is a low-key little town situated in the Uncompahgre Valley at the northern gateway to the San Juan Mountains. It’s a true multisport mecca, and residents take full advantage of the backyard opportunities.

The La Garita caldera near Creede, Colorado formed about 27 million years ago from an eruption believed to be one of the earth’s largest volcanic events. The oblong caldera perimeter measures an impressive 22 by 47 miles. Some of the erupted ash, lava and volcanic tuff went south toward Wolf Creek Pass and Pagosa Springs. An unusual rock formation having the characteristics of both lava and welded tuff formed, called Pagosa Peak dacite. This rock permeates the landscape around Wolf Creek Pass and Sheep Mountain by the west fork of the San Juan River. Continue reading.

7. When You Dream, Any Line is Possible

I feel myself slipping into a rocking chair trance as my senses dull around me and my eyelids get heavy. The woody smells of our vintage coach, the distant mayhem of the Animas River pumping down its course, and the stunning views of the Rockwood Gorge all fade into a dream as we steam up the tracks along its rim.

The more than century-old Durango & Silverton Narrow Gauge Railroad is the transport my intrepid group of friends and I chose to venture north on. We had left Durango about an hour ago, and just as I start to lose consciousness the lofty San Juan peaks of the Weminuche Wilderness come into view. They soar above us with massive prominence, and their snowcapped pinnacles suggest another world exists high in the clouds they are piercing. As my eyes close and I drift off to sleep, I know this fantastic world will invade my dreams. Continue reading.

Waking up to chilly mornings has us daydreaming about powder days and snow-covered peaks. Luckily, ’tis the season for ski films releases. So grab your gear out of storage, throw on a fresh layer of wax and check out one of these ski films to prepare for another epic year of shredding. Continue reading.

9. Ouray Via Ferrata: A New Kind of Thrill

The Ouray Via Ferrata is the most unique route in the country. It’s the first to be free to the public and reach the safety standards of both ASTM International and the European Committee for Standardization. By the time climbers reach the finish gate, they’ve ascended and descended 450 feet over a distance of one mile. Continue reading.

Amateur and professional stargazers in the Northern Hemisphere are in for a treat, as Comet NEOWISE dashes across the night sky.

Named after the telescope that discovered the cosmic phenomenon (Near-Earth Object Wide-Field Infrared Survey Explorer), the comet will reach its closest point to Earth on July 22 at 103 million kilometers. Despite its close proximity at this time, astronomers are unclear whether the comet will continue to grow brighter in the days to come, or if it will begin to fade. Continue reading. 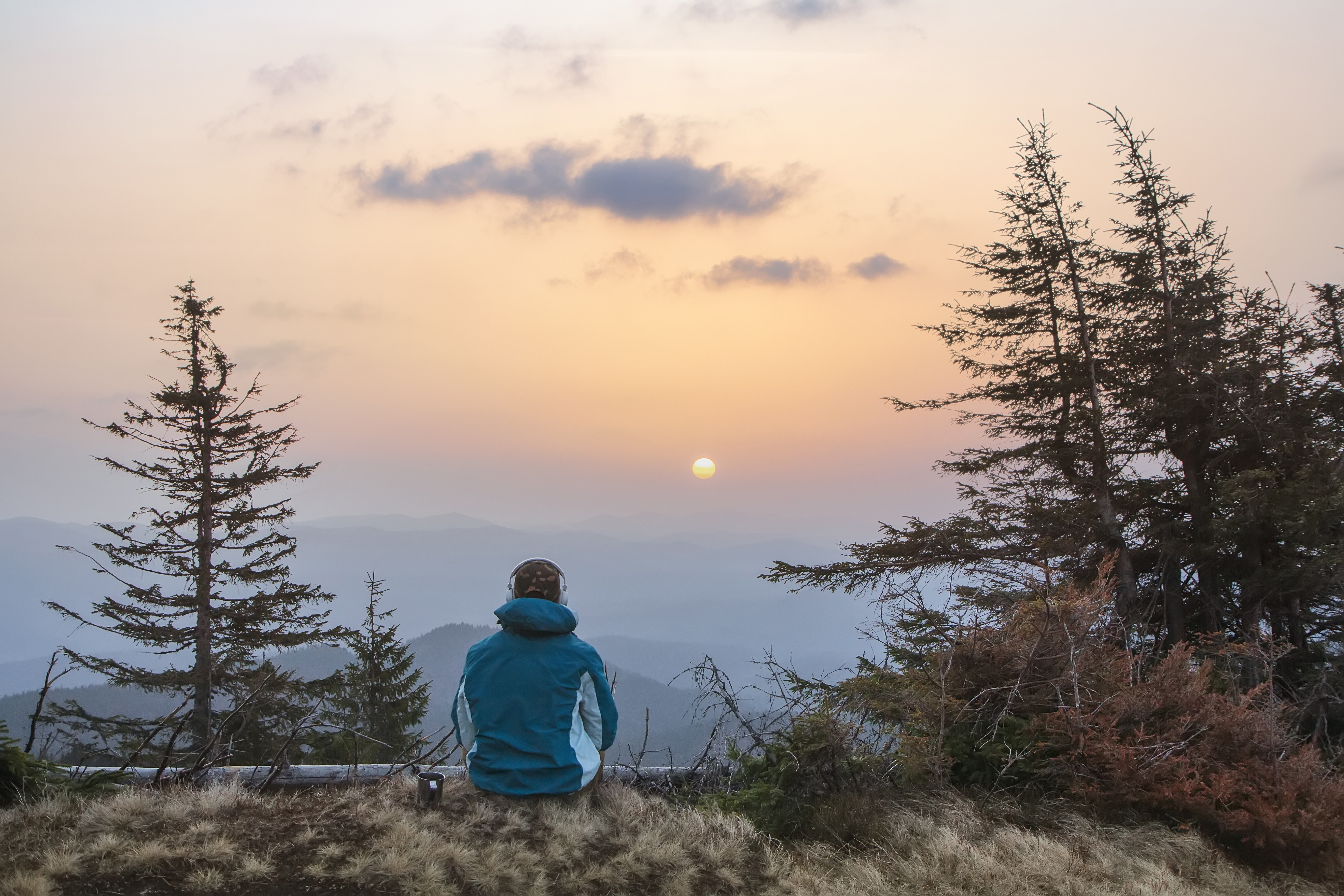 Outdoor Podcasts: Tales From the Trails 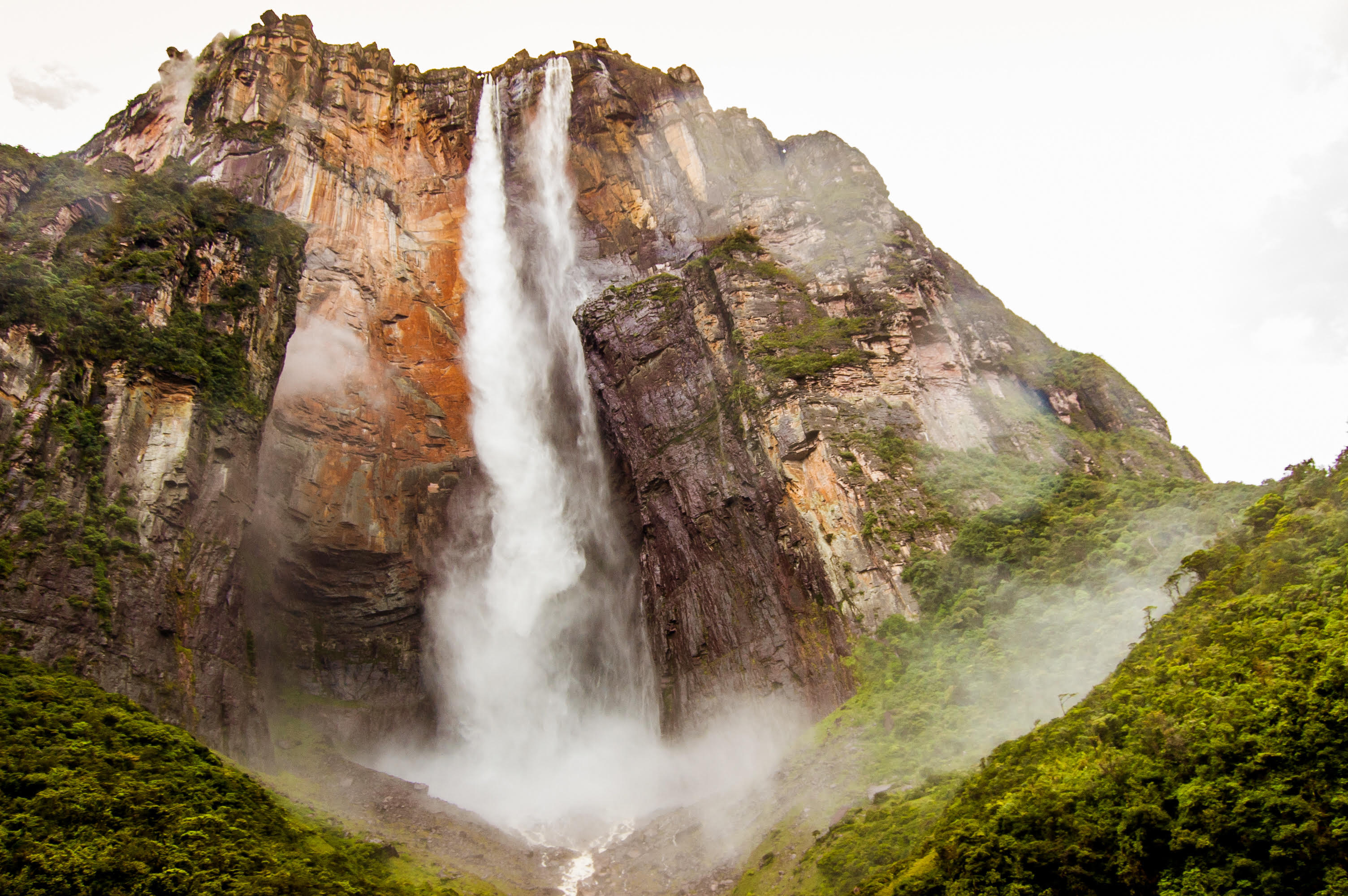 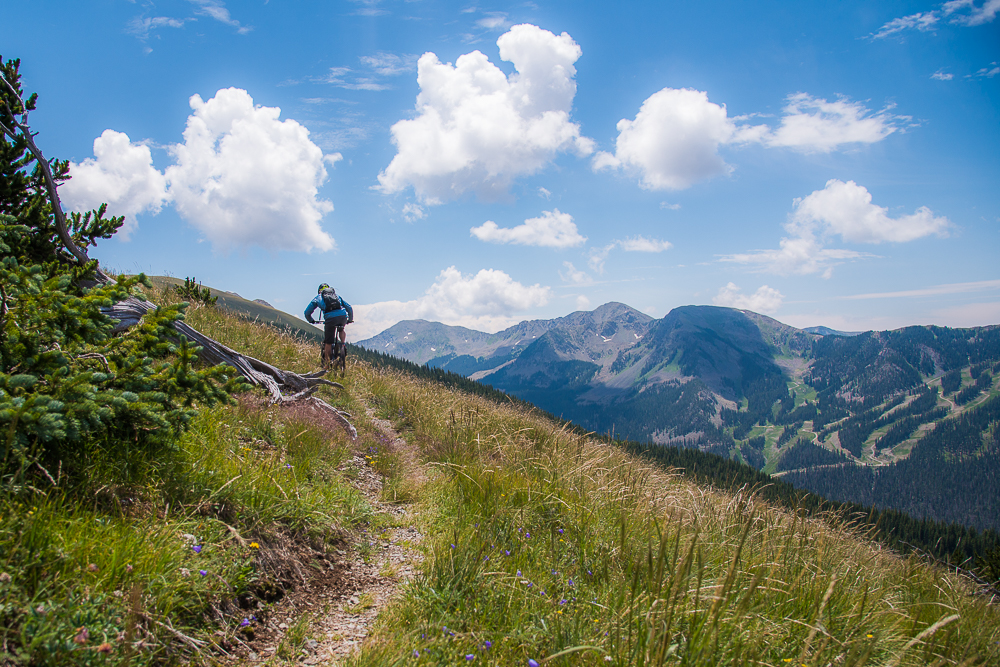 The Future of Adventure Pro 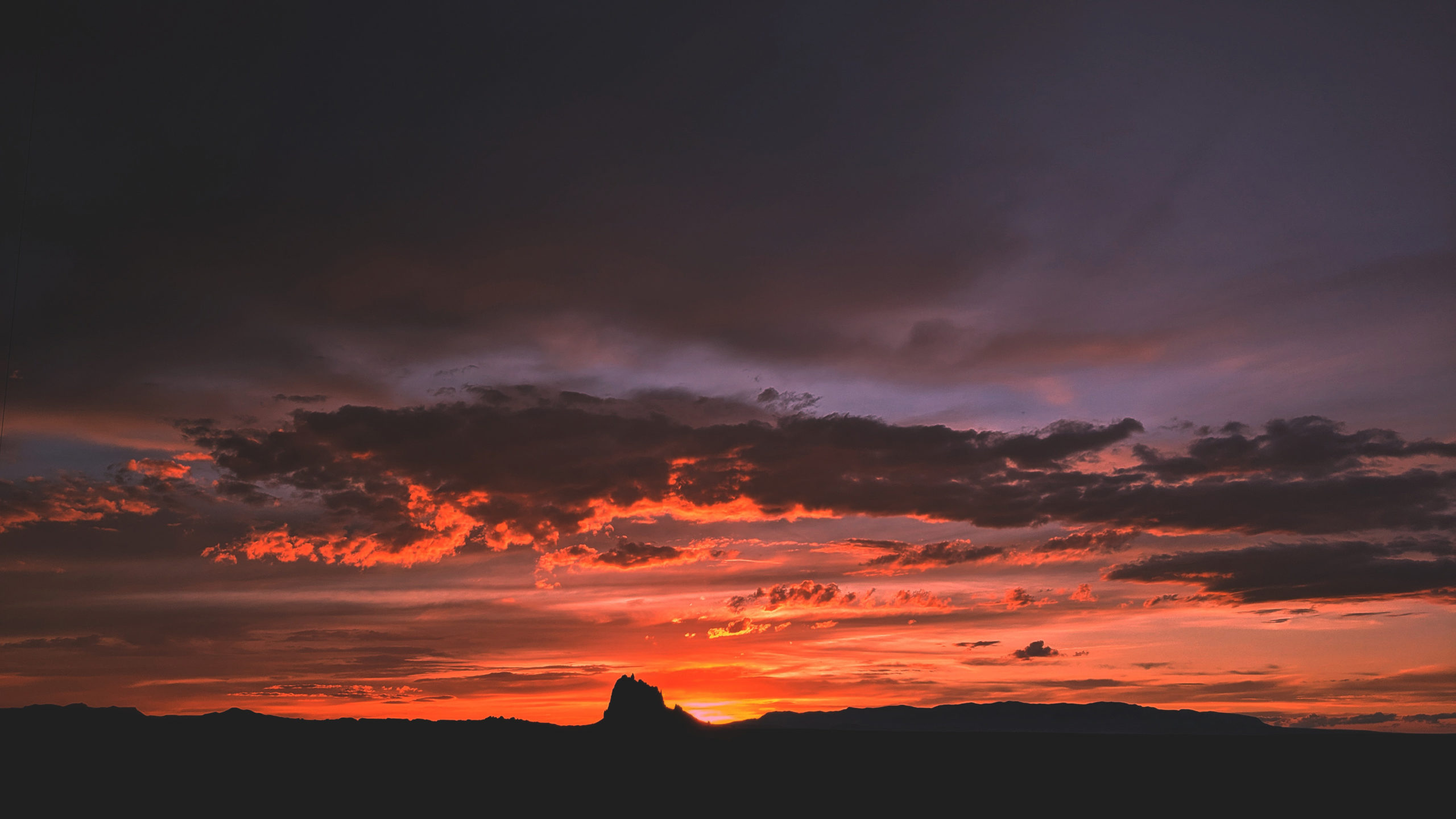 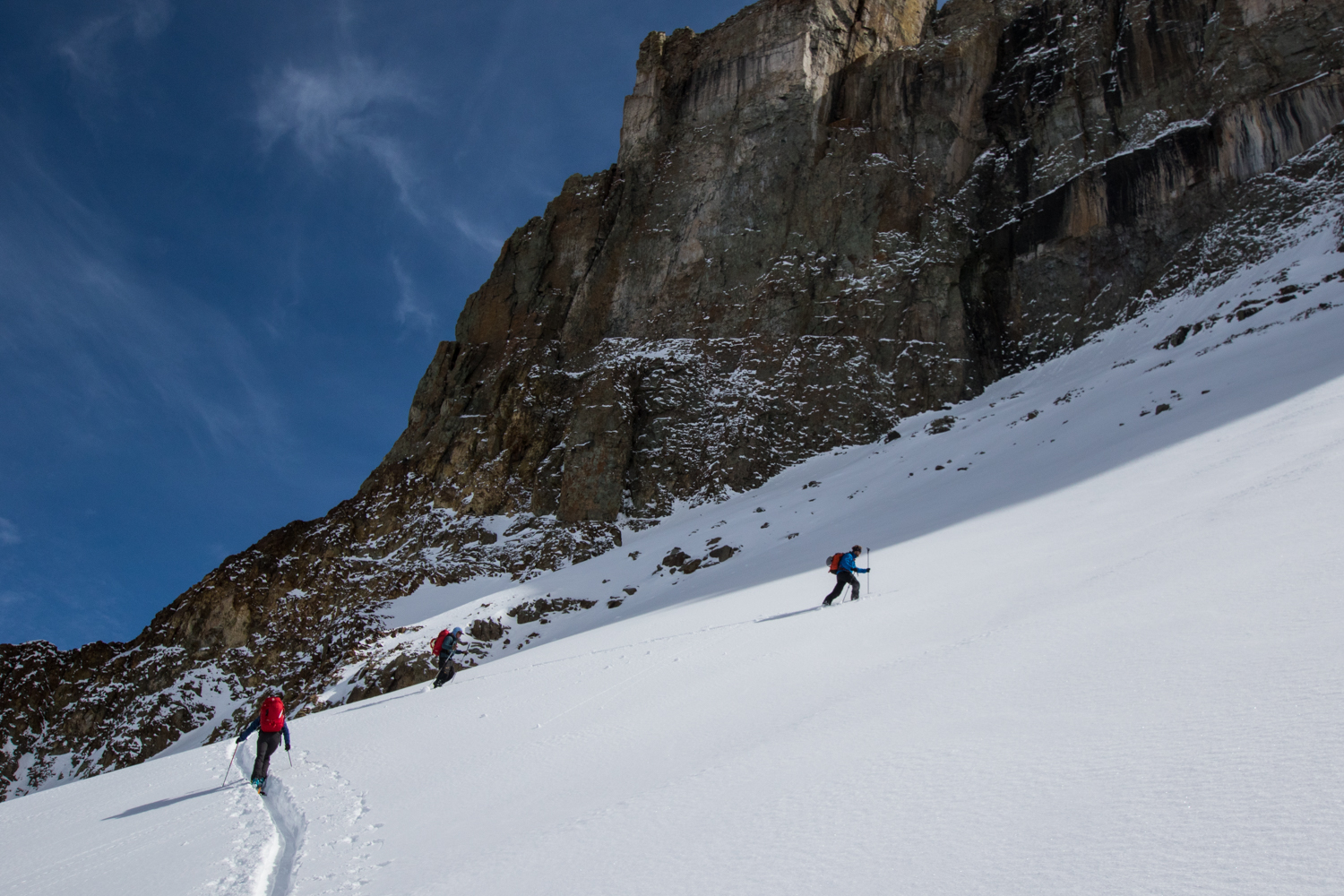 Avalanche forecasting is like reading stories in the snow